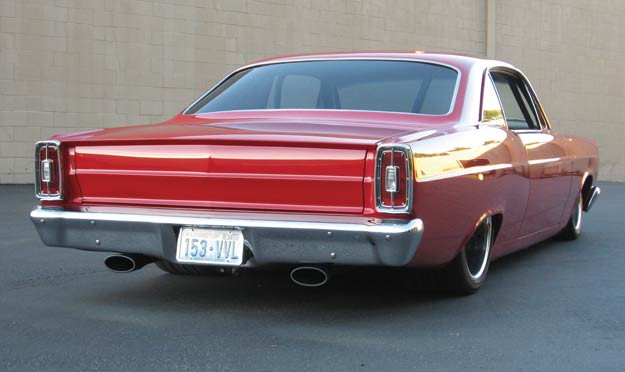 I purchased the Fairlane in September of 2002, with the intent of taking it to the Goodguys Nationals in Columbus, OH. Having been to Columbus before, and capturing the “Street Machine of the Year” award in 2001, I noticed nobody built Fords. Since ’66-’67 Fairlanes were my favorite Fords, and a buddy of mine had one for sale, why not build one?

Originally it was going to be simple: air ride, big wheels, killer paint, and custom interior. Then I discovered that Pirelli made 345/25/20 rear tires for the new Porsche. I put my dibs on a pair. After holding one tire up under the car, I realized a mini-tub wouldn’t do, the frame rails can’t stay, and the fuel tank must go. With the back half completed using a parallel 4–bar, round tube moly anti-roll bar, and a true Watts link on the 9” rear end, I decided the floors would have to go as well. From there I added 2”x 4” outer frame rails and 2” X 2” inner rails. 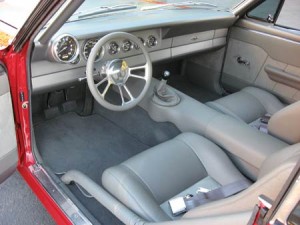 “I purchased a Heidt’s Super Ride II front suspension for a ’55-’59 Chevrolet pickup; it had the correct frame rail width and X-member-to-spindle centerline I needed. I narrowed the control arms 5/8” and added some cross gussets. Another moly anti-roll bar actuated by four end links and a pair of aluminum bell cranks, and the front end was done. Air Ride Technologies “Shock Wave” air bags and controls hold the car up. Baer 13” front and 12” rear brakes bring this thing to a stop. Boyd 18” X 7” and 20” X 12” “Hotrod” wheels fill up the new Michelin 215/40/18 and 335/35/20 tires (not the tires I started with, it’s actually the third set of tires, don’t ask!).

Ford Racing provided the 635 horsepower, 514 cube engine – behind that is a Center Force clutch, Lakewood scatter shield, and a Richmond six-speed. Exhaust exits through a 3” system with Spintech mufflers.

“Byers Custom and Restoration did the bodywork, then shot it with PPG Salsa Red and a custom mix titanium. Byers also handled most of the final assembly. McFarland Custom Upholstery installed the killer leather and suede interior. 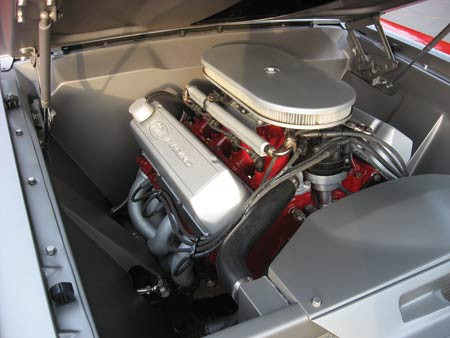 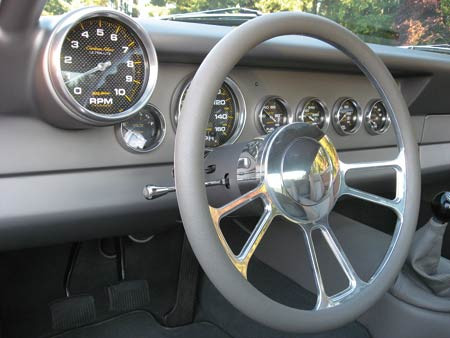 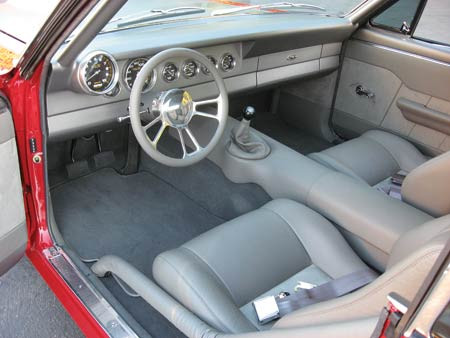 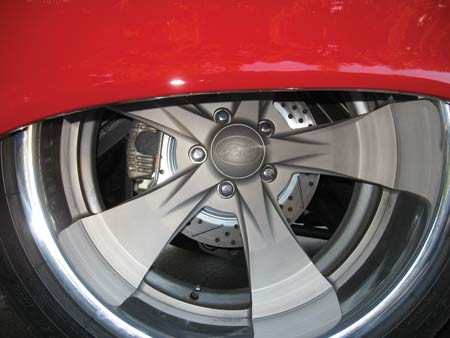