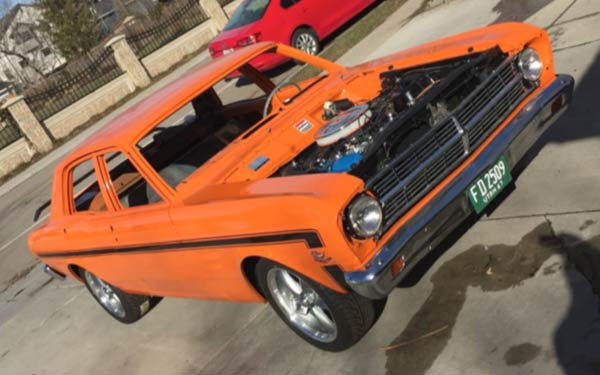 My Ford Falcon was a fleet car built in Kansas City, Missouri on 2/13/67. The car was sold at Bradshaw Ford Mercury in St. George, Utah on 2/27/67. To who, or what fleet I am unsure. It was well used in southern Utah, and as far as I know sat in Hurricane, Utah of a number of years under a tree. Southern Utah is a dry desert area and the car was virtually rust free, except for some small holes in the floor pans where water had leaked in through the cowl.

This car pretty much fell into my lap. I was talking to my neighbor about finding a car to just tinker with so my son and I could spend some time together. My neighbor’s son had purchased this Falcon from someone in Hurricane, UT, and didn’t have the time or resources to restore the car….so I purchased it from him for $500, with no transmission. The car was pretty much disassembled. 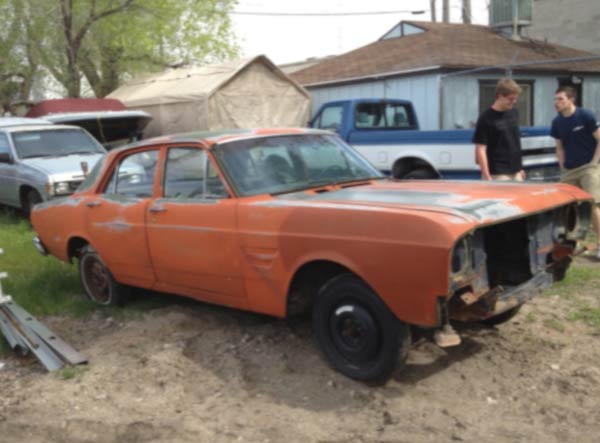 The car originally had the 200-1V 6-cylinder engine, 3-speed manual transmission, and a 3.20 conventional rear axle. Interior was Parchment Cloth/Vinyl bench seat. There was no paint code assigned as it was a fleet car. When I got it it was orange, underneath the orange was a light green color.

At first we were just going to get a transmission in it and get it running. That didn’t last too long. So, while trying to figure out what to do, I came across the Ford Falcons of Australia on the internet. These cars were Australia’s muscle cars. Not very many Mustangs or Camaros were imported down under, so Ford of Australia made their own. That is what my car is patterned after. The XRGTs and GTHOs of the late ’60s and ’70s. These cars have a huge following in OZ.

This is a first time resto for me. I have learned everything online or from friends that I have met along the way. Efforts to restore the car are tough, because 1967 4 door sedans aren’t at all a popular Falcon model. Nor are any around. But here is what has been done so far: 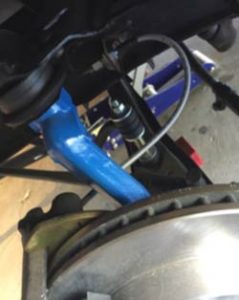 Car was stripped to bare metal, portions of the floor pans were removed and replaced with new. Engine bay was sanded and painted black, body work was done and body painted orange. A rear spoiler from a 1969 Mustang was mounted to the rear deck lid. All new front suspension was installed, including Grab a Trak 1 inch lowering springs, new lower control arms, shocks, bushings and hardware. Front disc brake conversion, along with new dual master cylinder. Rear brakes are all new, along with a Ford 8” rear axle, with Yukon 3.25 gears. New shocks in back, as well as 1 inch lowering blocks. New wheels and tires all around are 17 by 8 inch torque thrusters and 235/45ZR17 Sumitomo HTRZ11 tires. 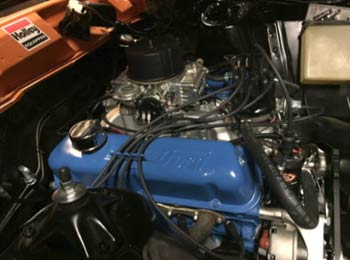 Under the hood, the 6-cylinder was sold and replaced with a 302 Windsor that was sourced from a late ’70s Bronco. The motor disassembled, peened and fluxed, then bored .40 over, decked and honed. Heads were rebuilt with new valve seats. I rebuilt the motor in my kitchen with a mild cam, a Summit Racing aluminum intake manifold, 600 cfm Holley carb, Pertronix stock look distributor, and headers from a ’68 Mustang. The transmission is from that Mustang as well, it’s a C-4 rebuilt by me. I installed a Lokar shifter, kick down cables, and throttle cable.

I have refinished almost ever visible part by stripping and painting. To get it to look the way I wanted, I sourced the Super Roo stripes from Australia. Every part of this car has been touched or repaired in some way. Finding the parts to convert to a V8 was a little daunting and took a lot of time. There are literally no Falcon 4 door sedans around. I have seen maybe 2 on the road in 3 years. 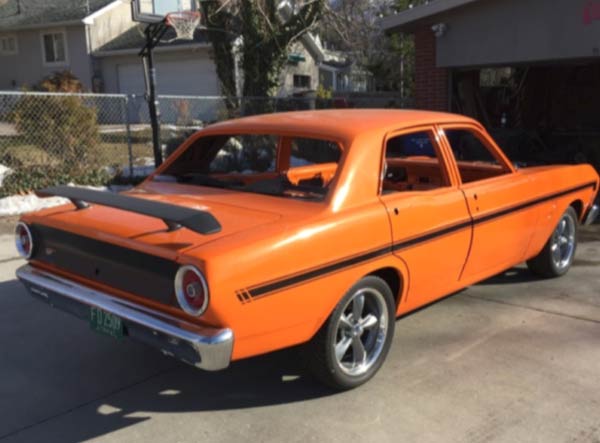 I have had a lot of help from people I have met along the way, including: Brad Jones, Steve Wilstead and Jeff Parrish. My son Jack has helped a lot.

The car is mechanically all done. I am currently working on the glass and interior. Lots of part from MAC’s. I don’t belong to a car club. 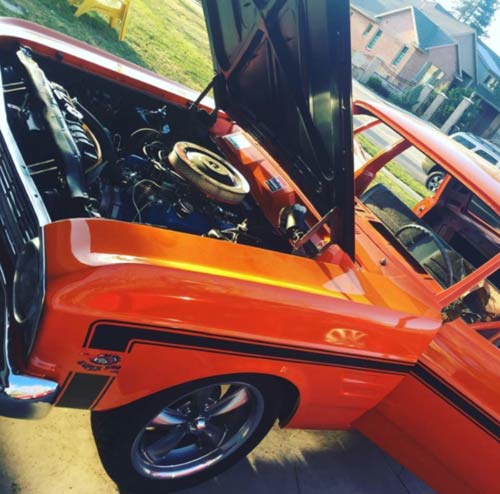 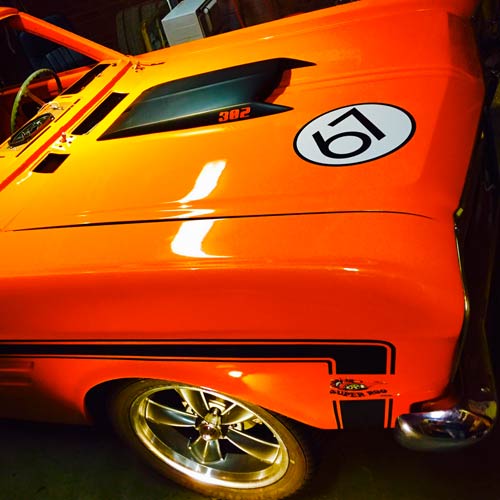