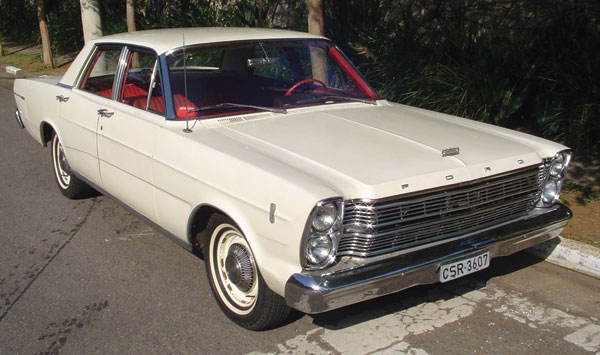 You are here: Home / Featured Fords / Ford Galaxie: The Boys from Brazil

Ford Galaxie: The Boys from Brazil

Ford Galaxie: The Boys from Brazil

The Galaxie Clube Do Brasil at one of their events. http://www.galaxieclube.com.br/

On April 29, 1965, after 46 years on Brazilian soil, Ford Motor Brazil announced (through General Manager John C. Goulden), the launching of an up-to-date, modern, and very comfortable automobile: the Galaxie 500. This was to be the first car made by Ford in Brazil!

In the mid-’60s, Brazilian cars were completely obsolete. The market was split by FNM, DKW, Simka, Willys Overland, VW, and Chevrolet. These companies had been producing late ’50s models that had been discontinued in the United States. Ford tried to bring in the 1959 Fairlane, but GEIA (the Brazilian government agency responsible for the automobile industry implementation) did not approve the project, for some unknown reason. Ford people thought perhaps Brazil would get a Falcon or a Custom, but the Galaxie 500 was the chosen vehicle. The company would invest $30,000,000 (US); a huge sum at that time. The Mustang project cost $8,000,000 (US) and that car would be produced at the Ipiranga plant, São Paulo. 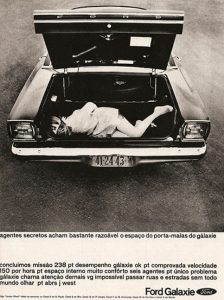 Left: Take a look at this print ad. Could an American Ford ad have gotten away with this? We doubt it! Even in 1967.

On February 16th, 1967, the first Galaxie 500 came off the assembly line. It was the same as the ’66 American 4 door model, but with just one engine offered; the old 272 V8 with a 3-speed transmission (on the steering column). Those engines had been produced for the Ford Brazilian trucks since 1953.

In the first year, 9,237 Galaxies were sold; a successful beginning by Brazilian standards. For the same price as one of these Galaxies, you could buy five VWs (Beetle) and start a Taxi Cab service.

In a tropical country, a luxury car should provide all the possible comfort, and in September 1968, Ford offered an optional air conditioning set. To close the year with the “golden key”, the LTD was launched at the São Paulo Motor Show in December.

The LTD was a more luxurious Galaxie 500, and featured refined finishing, Jacarandá wood features on panels and doors, different upholstery in black Jersey and leather, vinyl roof, new grille, new trim kit, the LTD emblem on the C pillar and hood, and a better engine (the 292, just for this model). The LTD also offered an automatic transmission, for the very first time in Brazil!

The ’67 Galaxie 500 started off remarkably similar to its 1966 American counterpart. 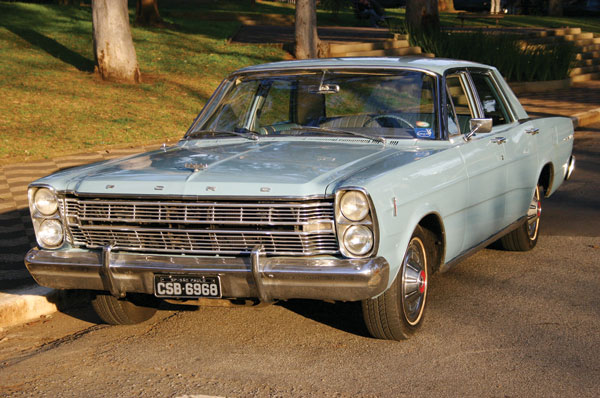 The ’67/’68 models were the classical years for the Brazilian Galaxies because they were identical copies of the American versions. Improved and better, the care and quality with production was very high, just as it was in the U.S. 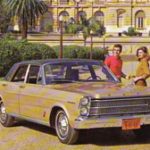 1969 starts the “Brazilization” of the model, with just little modifications on grille, trim, emblems, wheel covers and upholstery, but the engine still was the old and tired 272.

For 1970, to face the entrance of Dodge (Chrysler) in the Brazilian market, Ford launches a “naked” Galaixe 500 without any optional accessories. No electric clock, mechanical steering wheel (non-power assist), no additional trim, simplified wheel covers and upholstery, and no radio. The car was just named “Galaxie”, but the model failed and was discontinued in 1972. 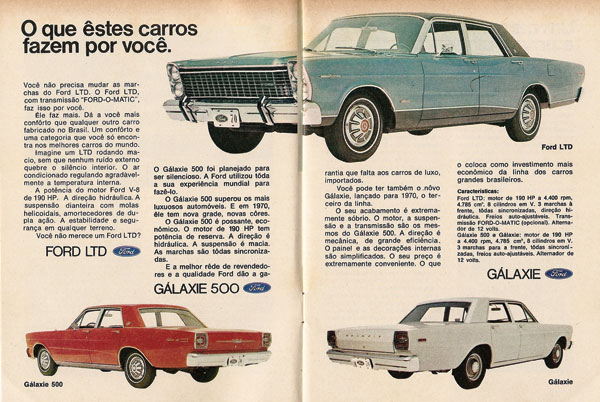 The LTD had few modifications, different grille painting, and a new trim in the lower part of the doors with a black belt painted under it. Another novelty for 1970 was the adoption of the 292 engine for all models; the 272 was definitely retired. 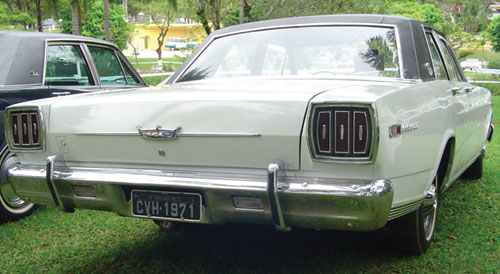 For 1971/’72, the classic taillights were modified. They were still square but now had three vertical stripes and were known as “cathedral”. The rear lights (back-up lights) were now in the bumper. In this same year, LTD becomes LTD-LANDAU, a luxurious LTD with new trim, upholstery, interior, and the Lincoln’s wheel covers and the emblem on the hood. 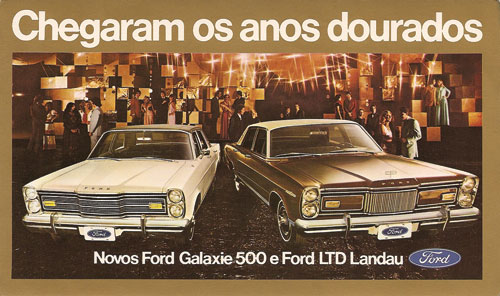 For 1973, the line went through its first real transformation, and almost became a new car. The front still had the classical stand headlights, but the hood, grille, trapezoid taillights, trim, wheel covers, and emblems were completely new. The engine was still the 292. These modifications lasted until 1975.

For 1976, inspired by the Lincolns, the Galaxie became a very different car. Everything was new: body, front (with horizontal headlights), hood, grille, front bumpers, taillights, rear panel, emblems, wheel covers (for the Landau) and at last a real engine; the 302 V8 for all lines. Now the family had three models: Galaxie 500, LTD, and Landau. The Landau was just offered in Continental Silver, with the vinyl roof inclusive for ’76/’77 models. 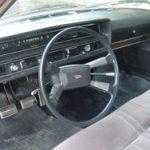 For 1979, to commemorate Ford Brazil’s 60th anniversary, a special series of 300 limited units of Landau was launched. The differences were the Red Bordeaux color, the A/C finally incorporated on the dash panel, and a badge on the glove box door indicating the special series. Nowadays it’s very hard to find an original one because at the time the Landau owners preferred the car painted in black or deep blue. The year of 1979 was the last for the Galaxie 500.

For 1980, Ford presents the unique ethanol V8 engine for the world to face the oil crisis. In late 1981, LTD is discontinued. Just the Landau remains with new rear lights now and offered just in Classical Blue. On February 1983, Ford announces the discontinuation of Landau. It’s the end of an era, after 16 years of good services and 77,850 cars produced. 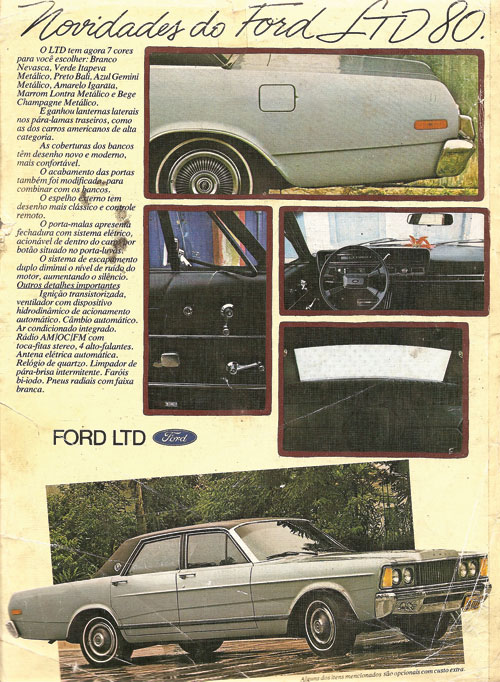 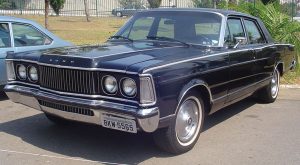