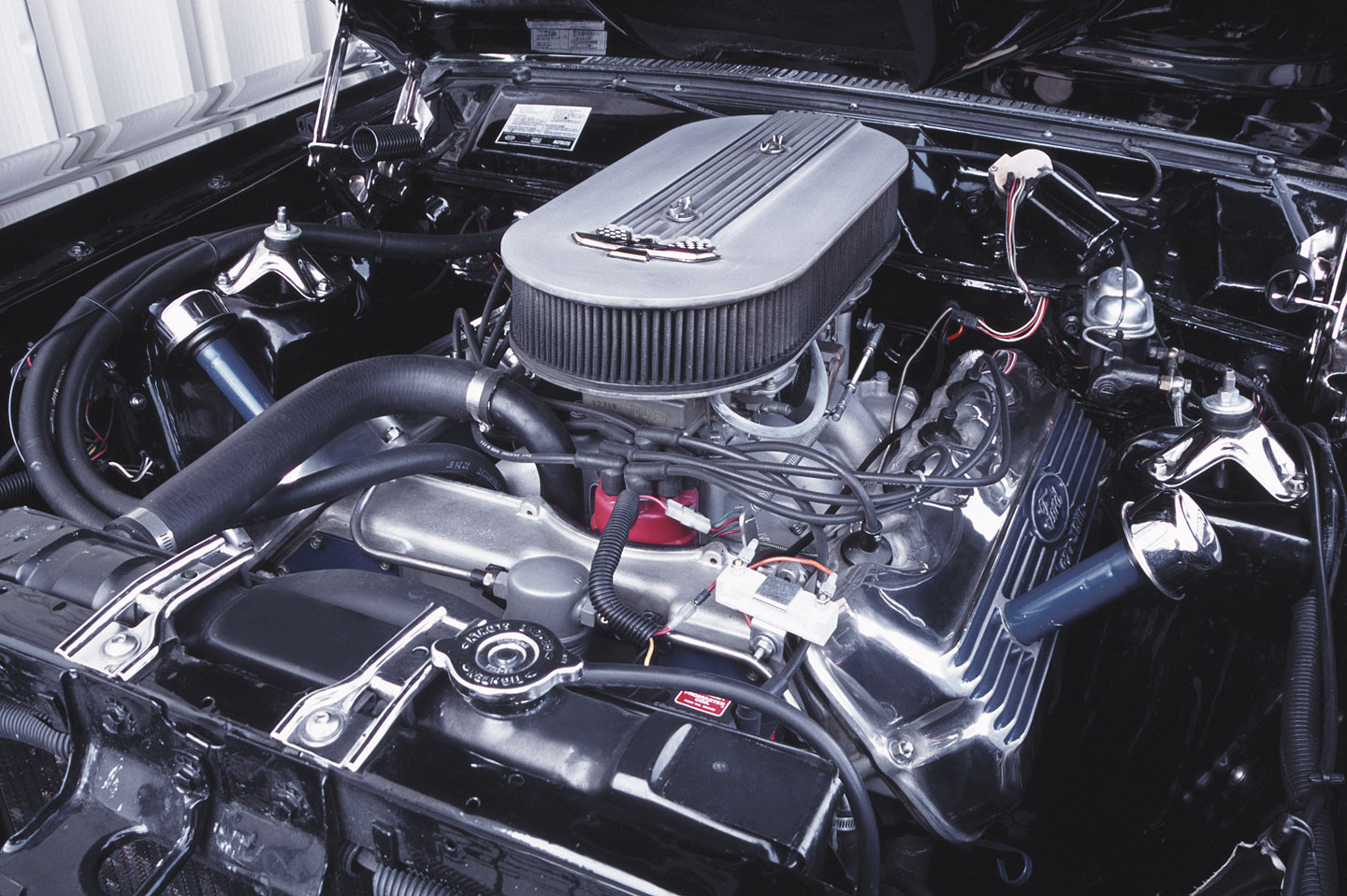 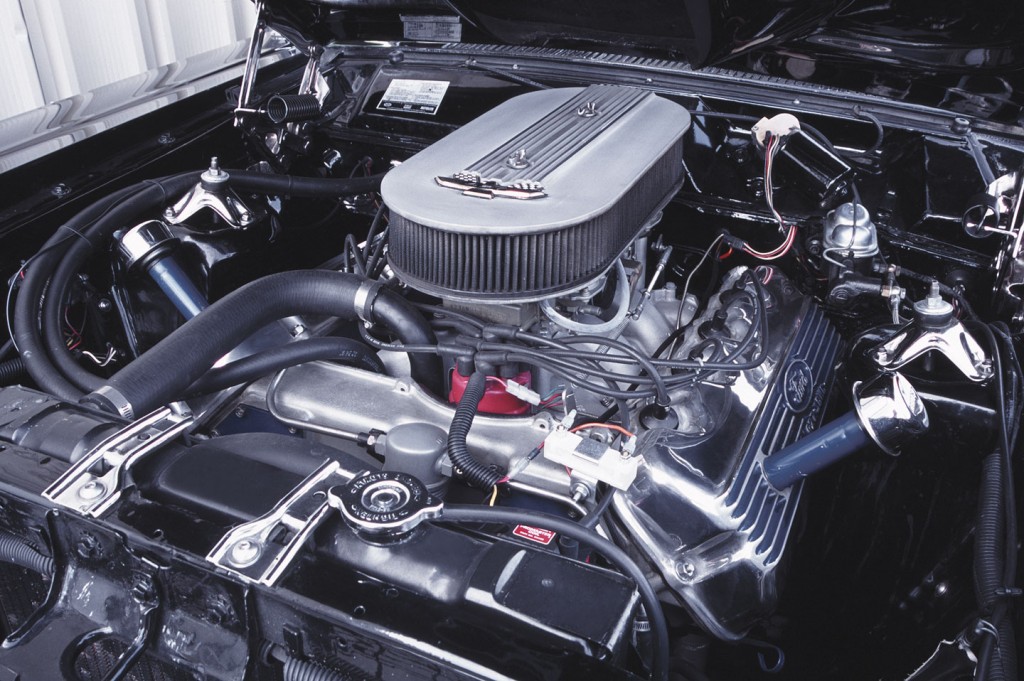 Back in 1965, Ford’s official line on the development of this engine was that they wanted to combine the technology of their proven cylinder heads from the 255 cid, dual overhead cam, Windsor-derived “Indy” engine, with the bullet-proof short block and cubic-inches of the 7000 rpm 427 “high riser” FE. An exercise in engineering to show what Ford could do with conventional and future engine technologies.

The real bottom line: Ford was getting beat up at the race track; both drag and NASCAR, by the newly introduced Chrysler 426 “Hemi”. The boys over in Highland Park had done their homework developing and building the “Hemi” into a production/race engine, and were decimating the ranks of the Ford powered racers by winning almost everything they set their sights on. And in the age of “Total Performance” declared by Henry the Second in 1963, this had to be stopped. It was proclaimed that Ford Motor Company would build the stoutest of the stout, the baddest of the bad, engine anyone had ever laid eyes on.

Ford wanted to use as much of their current 427 FE engine components as they could to keep development costs down. Yet they wanted to build an engine that had “presence” Iike no other engine, before or since.

The short block was almost exclusively the realm of the 427 “high riser” with only a few modifications to the reciprocating components and oiling system to increase pressure and flow, while maintaining sufficient drain back to the 7.5-quart oil pan. The forged steel rods came from the “high riser” with the special “Cammer” forged aluminum, hemispherical domed pistons. The crankshaft was the basic 427 forging with special cross drilling on both the main and rod journal pins for increased high rpm durability. The engineers wanted this engine to thrive under the harshest of racing environments. 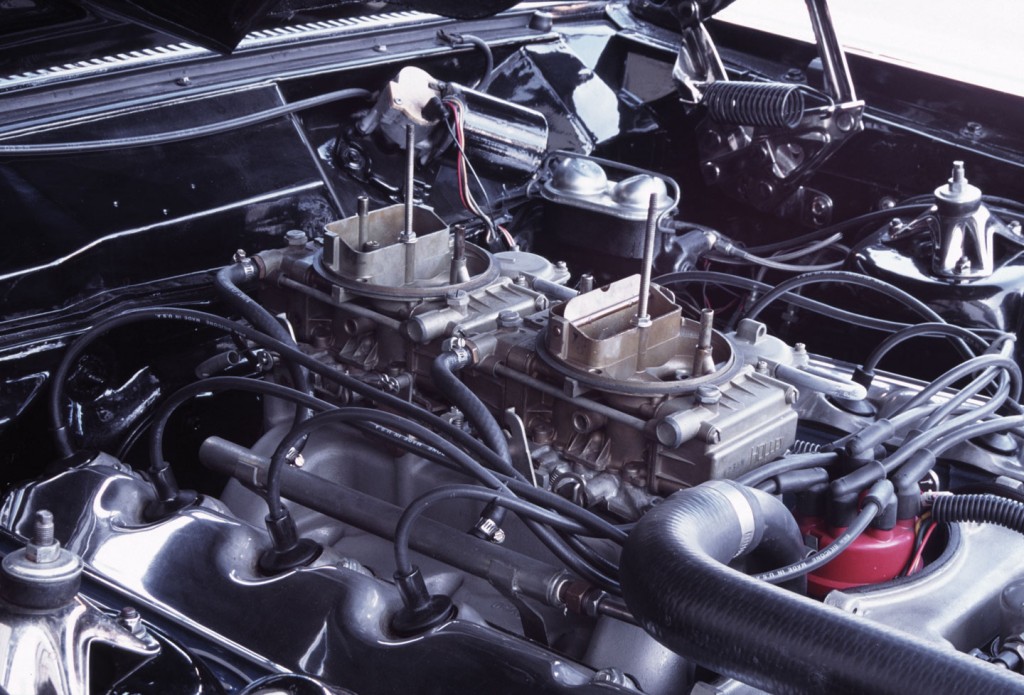 But the commanding focal point of the “Cammers”, naturally, was the free-flowing cast iron heads holding a camshaft in each. They had hemispherical, fully machined combustion chambers along with sewer pipe-sized tunnel port-like intake runners and superb flowing D-shaped exhaust ports. The massive, high-flowing, yet lightweight intake valves were 2.250″ in diameter with hollow stems so as to provide 7200+ rpm capability. The exhaust valves were 1.90″ in diameter and had hollow stems filled with sodium as a cooling agent. Both valves had flash chrome plated stems for wear resistance. And sealing the combustion pressure within the confines of the block and heads was a unique for its time, multi-fold asbestos/steel head gasket.

The rocker arms were manufactured of cast iron with a needle bearing-equipped roller on the camshaft side and they ran on a hardened, hollow steel rocker shaft, which held the rockers in position with specially designed spring steel clips. Valve lash was originally accomplished

through the use of select lash caps fitting on the stem of the valve. Later versions used adjustable screws in the valve end of the rocker arms. The valve springs were of a dual design with the outer one providing pressure and the inner one being used as a damper, and both being located with machined steel valve spring seats and retainers. And all this superbly constructed valve train was covered by those awesome, yet exquisitely designed and made magnesium valve covers. 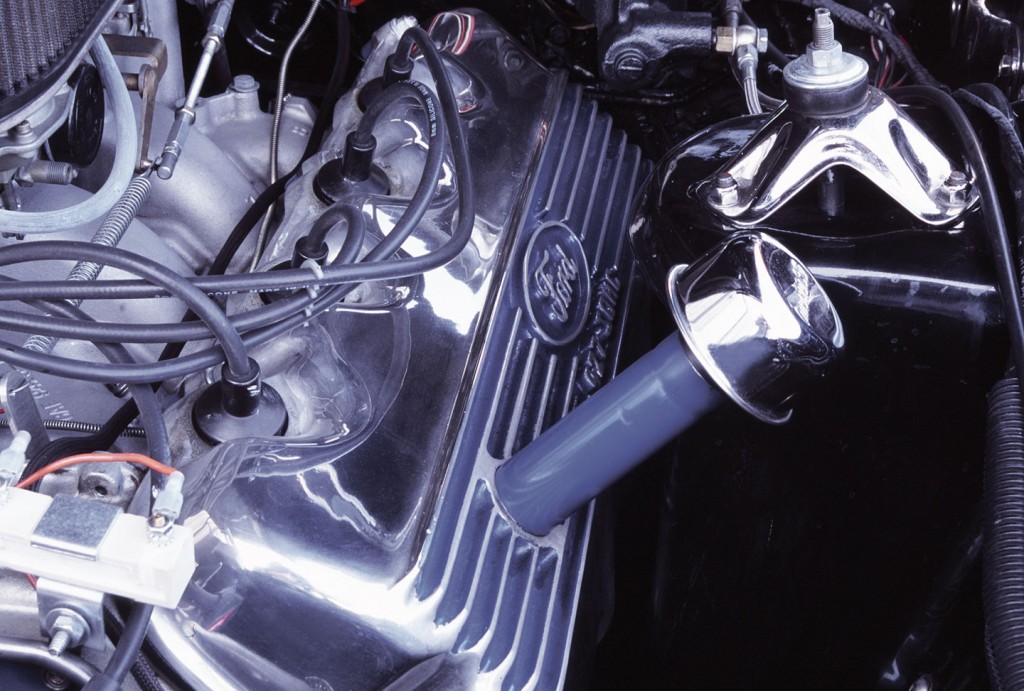 To keep the valve train all in sync and running smoothly at 7500 rpm was the job of two timing chains. The small one ran between the crank and the accessory driveshaft, located where the original FE cam ran in the block. The second chain was just flat out long at six feet. It runs in a T-shape and is driven at half the crankshaft speed from the accessory driveshaft. It then runs through a fixed idler and camshaft on the driver’s side, across a 20+” guide designed to control chain whip, over to the passenger’s side camshaft and adjustable idler controlling chain tightness, then back to the accessory driveshaft chain sprocket. This camshaft drive system was deemed by the Ford engineers to be less complicated and easier to field service than any heavy, costly, noisy, and excessively complicated gear driven system. All the chains, guides and idlers lubricated through splash and oil throw off from the front main, accessory driveshaft and the outer cam journal supports. Keeping all this rotating mass covered was done using a two-piece cover system with a 0.090″ thick steed plate gasketed to the block and heads, while a beautifully sand cast cover was attached to the front.

Ford accomplished everything it set out to do with the 427 “SOHC” engine and did it in an amazing ninety days. It was years ahead of its time. In Ford dyno testing, the “Cammer” made 616 hp at 7000 rpm and 515 Ibs-ft of torque at 3800 rpm; the most power any production/race engine made back then.

This 765-pound engine was then slapped in a ’64 Galaxie NASCAR stocker and ran the fastest laps any stock car had run at Daytona to date. It easily equaled what the vaunted “Hemi” had run and still had more power to unleash. And this really upset the Highland Park contingent because they couldn’t dominate the stock car tracks or drag strips any more. Through temper tantrums and threats of a complete pull out of competition by the Chrysler boys to NASCAR, the 427 “Cammer” was good ol’ boy politicked out of the running, never to turn a revolution in competition.

But not so with the guys at AHRA and NHRA. They allowed the baddest of the bad to run, and run it did. After some teething problems and some racer development time, the “SOHC motor” was extremely competitive in A/FX through Pro Stock, even Top Fuel, up through the early ’70s. Back in 1965, the Ford Single Over Head Cam 427 is what King Kong brought to the party!