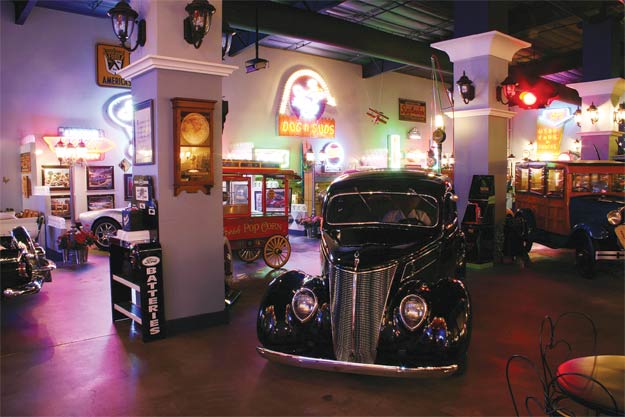 We visited an incredible private museum in Glendale, AZ, packed full of Fords and FoMoCo memorabilia (and some wonderful non-car related items too). What started out as a brief “let’s stop and see what kind of Fords David Sanderson has tucked away”, turned into an all-afternoon visit – and boy was it worth the stop! We’ll take you on a brief tour here…actually, we’ll let David’s son Matt do the tour part, we just snapped the pics. Enjoy this trip back in time!

The entrance to the Museum: The main car pictured here is a 1937 Ford Coupe Street Rod with a 302 Ford engine.

The first phase of the Museum was done in 1997 and was originally built to house the few custom vehicles that David and Sue owned. This was to be a place where the cars could be kept in a climate controlled environment and out of the Arizona elements. It was also a place that they could build a tribute to the legacy of Sanderson Ford and its history.

The growth of their fleet of custom vehicles caused David and Sue to expand the museum two years later. It also gave them a place to put up some of their new found collectibles: neon signs.

The 3rd and final edition to the museum was completed in the spring of 2006, taking almost eight months to complete. Sue Kimmerle spent every day (for almost 3 months!) in the museum with the builders putting together all of the store fronts.

Always changing and growing, the museum is a never ending project for both David and Sue, and someday they might have to figure out a way to add on a fourth room? As it stands right now, all three rooms total approximately 18,000 square feet. 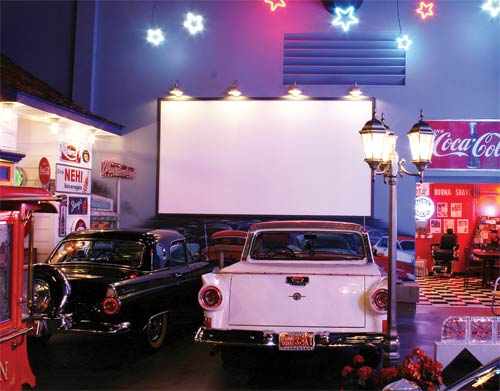 The drive-in cars are a 1956 Ford Thunderbird (this is the oldest restoration in the museum and was completed by David in 1970) and a 1958 Ford Ranchero (this is a representation of David’s first car and was purchased a few years back and restored by Sanderson’s Body Shop). The drive-in was added to the museum as a cool way to show videos and movies at parties and events. 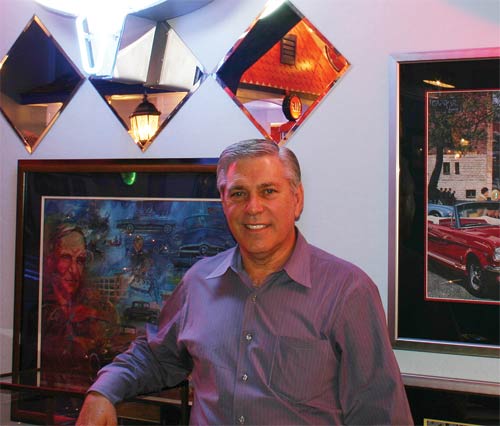 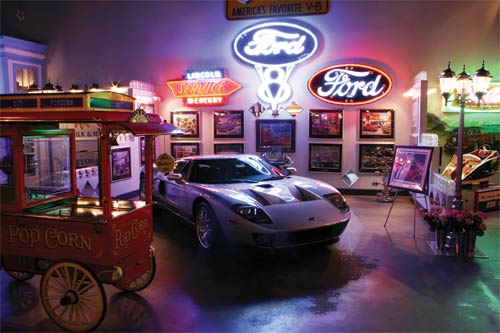 2005 Ford GT supercar is owned by David and was added to the museum. It has less than 100 miles on it. 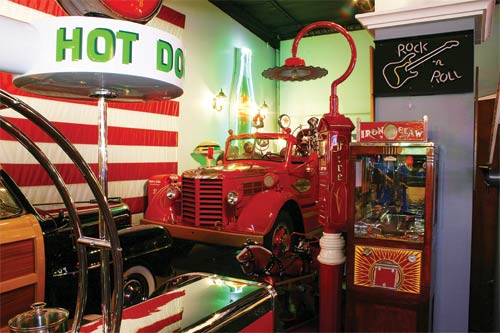 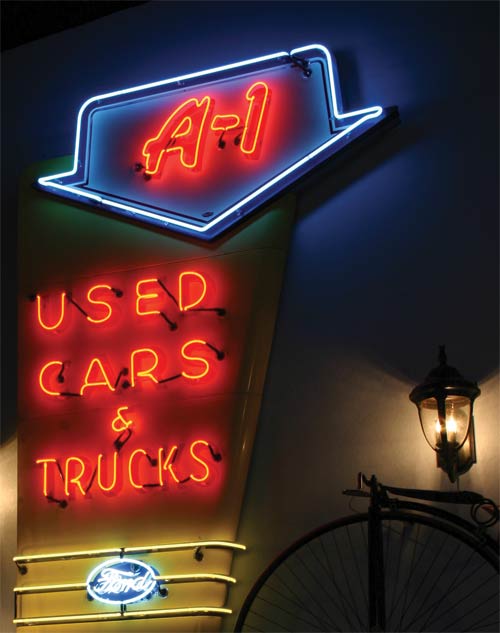 This is half of an original neon sign from the 1930s. These signs were hung out in front of the dealerships. 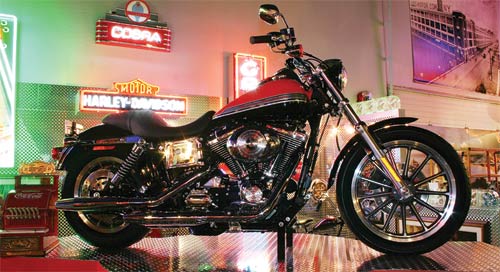 2003 Harley Davidson Soft Tail. This was presented to Sanderson Ford for being one of the top 75 dealers in the United States, and this is a Centennial edition- #62 of 75. 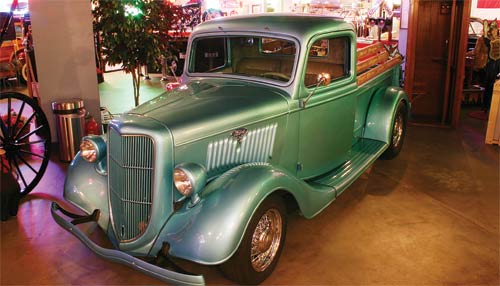 Besides the dealerships, David and Sue have two boutique shops in downtown Glendale, AZ, named “Heart String”, and David has this 1935 Ford Pickup done up with the shop info printed on the stakes. 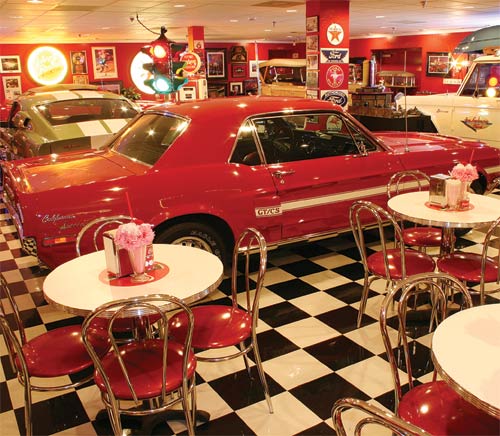 1968 GT California Special Mustang. This was my (Matt) first car and I drove it during my High School days. The GT/CS was a limited production Mustang produced for the California region only. The car was retired to the Museum when I went to college. I still take it out once or twice a year! 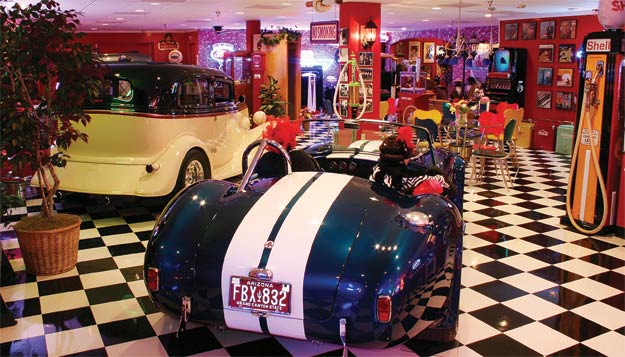 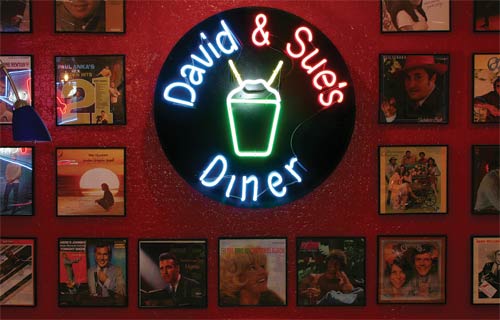 This sign was purchased as a Christmas present for David and Sue by the management team at Sanderson Ford.